…I would actually like to find or create a contemplative form of Paganism for myself and follow that with discipline, and am wondering if you could offer any advice on how to pull this off?  I’m starting to learn about the contemplative tradition in Christianity (such as centering prayer) since I’d like to apply it to Paganism, and am also curious to learn more about Fourth Way practices (Gurdjieff Work) soon.  I also have an interest in runology but haven’t learned much about it just yet. I’d want my path to involve meditation, devotional prayer, study of Pagan philosophy, service to others, and living virtuously. … I don’t know whether its reasonable to synthesize all of the above into a coherent belief…so, help me out, if you could!

Regarding my views, I am a monist and panentheist who believes the Divine is the source of creation and manifests in all of Nature, and can appear as many Deities, but is ultimately non-personal…

Also, I am surprised how much I feel drawn to simple devotion toward the God and Goddess of Wicca, its philosophy of cause & effect, and non-harming others however we choose to act.  Yet, I don’t care as much for elaborate rituals, magick, or esbats. Would it make sense for me to embrace some form of “eclectic”, individualized Wicca as my spirituality? It feels intuitive for me.  I know that you define “Wicca” as only Gerald Gardner’s original version, which isn’t so appealing to me, so I wonder where that leaves non-traditional forms of Wicca or witchcraft. I don’t see myself as a Witch at all, but rather as Nature Mystic and contemplative in training.  I’d like to design and follow some course of self-development that truly fits me. I like the Wiccan Rede but would add a second rule to “act with benevolence in any situation”, and I also try to follow Kant’s Categorial Imperative.

I should add that what drew me to Neo-paganism in general is its love of Earth and Universe and view of divine immanence; … I’m an American of South Asian descent (though not from a Hindu or Buddhist family).  I felt very inspired when I read about the worship of Pashupati (a Horned God) and a Mother Goddess in the ancient Indus Valley Civilization, as this reminds me of the God and Goddess in Wicca or European witchcraft traditions.

Generally speaking, as long as the cultures/religions you are looking to pull from aren’t closed ones then you are fine to create your own eclectic path from them. The key of course, is to make sure you are doing it in way that is respectful.

Even though a lot of books use the word Wicca to encompass a variety different non-traditional paths, really they are just Neo-Pagan or simply Pagan (or Witchcraft). I think once you start adding and subtracting things (particularly those that move it farther from what might be considered its more core components) then it ceases to be Wicca and shouldn’t be referred to as such. Besides, if you are creating something for yourself, it should have a name that resonates with you.

Additionally, if you feel that there are bits of both Paganism and Christianity that may apply to you, there are things like ChristoPaganism which may be of interest as well. In particular ChristoPaganism: An Inclusive Path by Joyce and River Higganbotham is a good one. Another book that encompasses multiple views is CUSP: A New Way to Walk An Old Path by Eric and Katrina Rasbold. In terms of going to church, it may also be worth checking out the Unitarian Universalists.

One thing I will say, though, if you are being called by particular deities, be careful of randomly inserting them into rituals and/or practices that are outside their own context. Not that it can’t be done, but sometimes it’s better to look within their respective cultures for rituals/practices that are a better fit, and then finding a way to incorporate that into your path if possible.

For example (at least in generalized terms), the Goddess that is honored within traditional Wiccan practice has three aspects: Maiden, Mother and Crone. Each representing a different part of the journey through the Wheel of the Year. If your Mother Goddess from the ancient Indus Valley Civilization doesn’t embody each of those aspects, plunking her down directly into a traditional Wheel of the Year model doesn’t necessarily work very well. The key here would be modifying your Wheel so that it fits the aspects of your Goddess, rather than trying to fit your Goddess into a Wheel she’s not meant for (if that makes sense). Same for your God. Keep in mind that just because he’s a God with horns, doesn’t necessarily make him The Horned God (in a Wiccan sense). Again, that doesn’t mean you can’t make it work, you just need to make sure that you make the right modifications when you design your path.

Secondary to that, if you are taking Gods/Goddesses from different cultures and trying to put them both together to fit in a Lord and Lady model, you need to be very careful and not just throw them together and hope for the best. Spend a lot of time communicating with your deities along the way, while creating your path, and specifically ask for signs (or other acknowledgement) that they are ok with the arrangement. Something to keep in mind too, unless one if a member of a tradition which has particular rules against it, you can always honor deities separately or even follow more than one path (in cases where certain practices are wildly incompatible with each other). So don’t feel like you have to make everything fit perfectly into one single cohesive practice, especially if it makes more sense for particular components to be separate.

Also, really quick, you mentioned the Wiccan Rede, and it’s worth noting that the Rede has been grossly misrepresented over the years. Rather than being a blanket prohibition on causing harm, it’s more about thinking critically about (and taking responsibility for) one’s actions.

The good thing is that we have plenty of time to figure this stuff out. Our spirituality is a lifelong thing, and for many of us it does continue to change and evolve as the years go on. We find new Gods and practices, and sometimes we have to part ways with some of the older ones when that relationship has run its course. So don’t feel like you have to rush to find the perfect path. Spend as much time as you need immersing yourself in the practices and Gods that call to you, and finding the ones that suit — again (and I know I’m a broken record at this point, but it is so very important), with respect and assuming the cultures/religions are open ones, rather than closed. While this process can take quite a bit of time, I feel that it’s much more rewarding in the end. And though that end point is important, what we do along the way matters even more, so make it count. 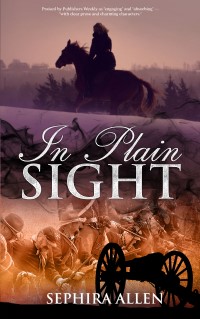